Declaration of the independent election observer from the team of IPED 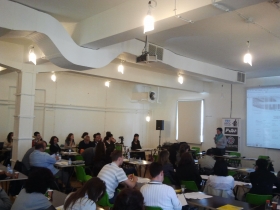 We would like to present you the Declaration of the independent election observer from the team of IPED. By signing it our observers guaranteed that they will follow the internationally accepted standards for non-partisan election observation.

I, the undersigned, declare that:

1 – I am not a candidate of a political party, coalition or initiative committee, nor am I an advocate or representative of the participants in the election;

2 – I am not a representative of the electoral administration in the country;

3 – I will not use in any way my position as observer in order to assist or participate in an observation of the electoral process, conducted by political parties, coalitions and initiative committees;

4 – I will not participate in activities that may be defined as a crime against the political rights of any citizen or as administrative violations of the electoral process;

5 – I will work as an independent observer of the upcoming elections, and I will strictly follow the principles of political detachment, while performing impartial observation of the electoral process;

6 – I will work to support the democratic electoral process and I will protect the integrity of the independent monitoring of elections;

7 – I will attend the necessary trainings for independent observers and I will inform myself about the requirements of the electoral legislation;

9 – I will strictly follow the methodology, used by the organization, and I will act as I was instructed by it;

10 – I will report fairly, accurately and timely for all of the events that I will observe as an independent observer;

11 – I will refrain from personal comments for the media or the public, prior to the publication of the official results of the monitoring of the organization to which I am registered as an observer, unless I have not been instructed to do otherwise;

The Institute for Public Environment Development would like to thank all the volunteers who decided to join our team and monitor the early parliamentary elections. Dear friends, we appreciate your involvement in the cause for fair electoral process!