IPED wrote to the OSCE about the problems with the new legislation, concerning domestic election observers 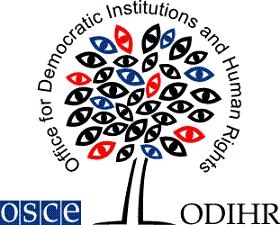 The Institute for Public Environment Development sent a letter to the OSCE / Office for Democratic Institutions and Human Rights, reporting for the last decisions of the Legal Affairs Committee in the Bulgarian Parliament, concerning domestic election observers:

I am writing on behalf of the Institute for Public Environment Development - Bulgarian non-governmental organization, registered as an independent observer of the elections in Bulgaria.

At the moment the Electoral Code in Bulgaria is amended in a severe restrictive manner as concerning the domestic observers. The ruling party requires for domestic election observers to be registered only members of non-governmental organizations.

There are two types of NGOs in Bulgaria – associations and foundations. Such limitation will indeed impede the civic organizations and reduce the number of domestic observers they can involve in the observation. It will automatically exclude organizations that according to their legal nature have no members, such as the foundations. On the other hand associations generally do not have many members. This is why as a result of this amendment in the Electoral Code the number of independent domestic observers will be reduced severely.

The debates in the Parliamentary Legal Affairs Committee constantly imply that the NGOs can be used by political and economic interests, which will finance their “independent observation” and to exert pressure on voters.

Despite that we insisted for settling the observers’ status and providing the observers with access to all stages of the electoral process, the ruling majority refused to adopt legislation in compliance with the standards for free and fair election process and participation of domestic observers in the elections.

Domestic observers will have access only to the Election Day. They will not have the right to monitor the meetings of the election administration, nor the tabulation of the election results. This is a serious violation of the international standards for independent observation, according to which access to all stages of the electoral process should be guaranteed.

The standards for democratic elections “consider that the presence of observers, both foreign and domestic, can enhance the electoral process for States in which elections are taking place. They (OSCE) therefore invite observers from any other OSCE participating States and any appropriate private institutions and organizations who may wish to do so to observe the course of their national election proceedings, to the extent permitted by law. They will also endeavor to facilitate similar access for election proceedings held below the national level. Such observers will undertake not to interfere in the electoral proceedings”. [i]

The good practices in electoral matters require that “the meetings of the Central election commission should be open to everyone, including the media. Any computer rooms, telephone links, faxes, scanners, etc. should be open to inspection”.[ii]

As a recommendation of the OSCE from their Final Report on the Local and Presidential Elections in Bulgaria, “sessions of election commissions at all levels should be open to the public during the entire electoral period. The Electoral Code should clearly specify that authorized representatives of participants in an election, domestic and international observers, and media representatives are entitled to attend election commission sessions.[iii]

In the debate no arguments were given, why independent domestic observers are pointed as a possible obstacle for the election process, if the restrictive provisions are not adopted. The Institute for Public Environment Development has never witnessed indications in any international or national reports or interviews that domestic observers distort and corrupt the election process.

The Institute for Public Environment Development is deeply engaged with the transparency and integrity of the electoral process. The Institute’s court case against the Central Election Commission was described in the OSCE final report for the elections in Bulgaria.

As a result of our advocacy efforts, after the elections the Central Election Commission itself, decided to publish on its web-site the minutes of its meetings and to start announcing its agenda, thus changing its practice. The CEC’s members themselves admitted publicly that the practice was untenable and had to be changed. On the 13th of February, 2012 such decision was accepted, which ended the 20-year practice of the Commission to meet in a Masonic manner. It is also foreseen that the CEC meeting to be streamed online.

We truly believe in the existing commitment of OSCE that “non-governmental organizations can perform a vital role in the promotion of human rights, democracy and the rule of law”. NGOs are an integral component of the strong civil society.

“Observers from international and domestic organizations should be permitted effective access to all election proceedings. Observers should receive appropriate credentials for this purpose a sufficient period of time prior to elections to enable them to organize their activities effectively. Applicable legal provisions and necessary regulation of observers should allow them to conduct their activities effectively, in accordance with the best international practices for observation”.[iv]

This is why we are asking you to contact the Bulgarian institutions and Parliament and express a statement that may influence and prevent the establishment of such restrictive election legal framework in Bulgaria.

[i] Existing Commitments for Democratic Elections in OSCE Participating States