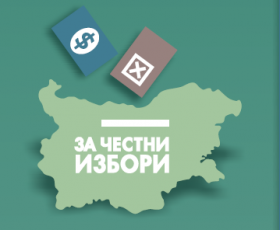 Object of action: Advocacy through articles in the central and national media, showing the risks of corrupting the election process in the Bulgarian municipalities. Monitoring and impact assessment of the implementation of the Unified Register of Donations for election campaigns, supported by the National Audit Office. Monitoring of the implementation of new aspects in the election legislation, limiting the opportunity for “vote buying”. Upgrade of the web-site “Civil Forum for a New Election Code” (www.izborenkodeks.com) and development of a new section – “Frequently asked questions and answers”, which will help the interested parties to enforce the new election legislation. Analysis of the political representation on local level after the end of local elections 2011 and the effect of the new election legislation on the formation of the new local authorities. Development of proposals for amendments and additions in the new Election Code, concerning its improvement and an advocacy campaign in the National Assembly for their adoption.

Location of action: Sofia and the country