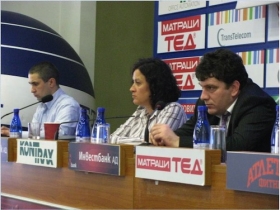 Object of action: Identifying of Bulgarian municipalities where a real risk of their capturing by criminal networks and economic lobbies, as well as increased risk of corrupting the election process through vote buying, controlled vote and manipulations exist. Mobilization of the state institutions for actual implementation of prevention and protection against distortion of the election process. Support for the civil pressure groups and NGOs in the municipalities for holding of an internet and on terrain campaign against vote buying and controlled vote. Cooperation with national and regional media for the preparation of publications and movies about the risks in the municipalities; analyzing the pre-election process and focusing the people’s attention on the criminal networks and economic lobbies aiming to capture the local authorities.

Location of action: Sofia and the country