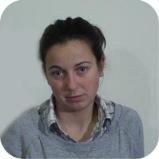 
Iva Lazarova works as an expert in the Institute since 2007. Since 2017 she is Executive Director of the organization.

In 2011 she was part of the U.S. Department of State and worked in the American NGO sector to gain knowledge about good practices in the field of the anti-corruption mechanisms and good governance, through the use of new digital tools. 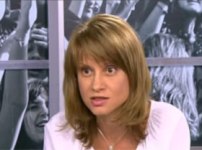 
Mirela Veselinova is legal consultant of the Institute for Public Environment Development. She was Chief editor of the specialized legal magazine “Legal World” and currently is working for the "Capital" media outlet.

Mirela is a leading Bulgarian journalist with serious knowledge and experience in the legal sphere. As a result of her journalist investigation over the illegal reinstatement of the property of the ex-Bulgarian tzar and prime-minster of Bulgaria in the period 2001-2005, was started a public campaign that changed the political situation in the country.

In 2003 Mirela was awarded by the most prestigious Bulgarian journalism award – “Chernorizetz Hrabar”, and in 2006 she is a nominee once again for the award.

In 2008 she was awarded with the journalism award of the Union of the Bulgarian Jurists.

The issues concerning vote buying and fair election process in Bulgaria are basic topics in her journalist publications.


Boyanka Tsankova Kantcheva is a jurist and a member of the Board of the Institute for Public Environment Development.


Nikolay Naydenov is Professor of Politics at the University of Sofia "St. Kliment Ohridski" - "Anatomy of Corruption" Course of political science. Nikolay Naydenov is a member of the Board of the Institute for Public Environment Development. 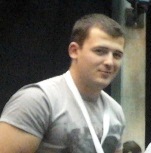 
Iasen Lazarov is a part of the Institute’s team since the summer of 2011.

He has a BA degree in “Public Administration" from the Sofia University "St. Kliment Ohridski" and а MA degree in “European Studies”.

Iassen researches the best practices in the public administration, works on the Institute’s projects related to public policies analysis and the conduct of fair and free electoral process. He works as research expert on the digital tools, that the IPED develops in order to make the governance more transparent and accountable.

In 2013 as part of the Community Solutions Program of IREX and the U.S. Department of State, Iassen also worked as a research expert in the Center for Responsive Politics in Washington, DC. Currently he is also attending a PhD in the field of Political science (Public administration) in Sofia University "St. Kliment Ohridski".


Diana Eftimova has been working with the IPED team since 2013. Since 2020 she is Chair of IPED's Board.

She has a Master`s degree in “International Economic Relations” from the University of National and World Economy – Sofia. Diana also has a Bachelor`s degree in “Insurance and Social Studies” again from the UNWE.

Diana works on IPED`s projects related with advocacy for changes in the electoral rules, enhancing the capacity of the electoral administration bodies and conducting free and fair elections.


Lilian was one of the first students who attended the internship program of IPED in 2015. Afterwards she was an active volunteer participating in various initiatives of the organization. Since September 2017 she is officially a part of our team.

Lilian has a bachelor degree in European Studies from the Sofia University “St. Kliment Ohridski”. In this relation she prepares analytical materials concerning common European policies for the “Open Parliament” website.